Marriage counselling is a common recommendation for anyone facing marital difficulties. However, it’s not as simple as just finding a therapist and you both going for three sessions and problem solved.

For many of the people I’ve interviewed marriage counselling didn’t work. It may have worked superficially but it didn’t get to the fundamental, underlying issues and ultimately the marriage ended.

If marriage counselling is to stand any chance of working, it has to start with choosing the right counselor.

Recently a participant in one of my teleseminars shared that he had been married for ten years and is currently preparing for divorce. It’s been a long process for ‘Jeff’ since his wife has bipolar and ADHD. In a separate interview Jeff shared what he’d learned about choosing a marriage counselor. Here’s Jeff: 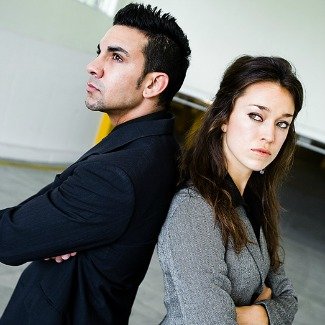 We went through a few counselors and one of the key things I’d recommend is to get a marriage counselor that is familiar with the neurological problems that you’re dealing with in your marriage.

We had normal counselors who were just trying to spread the blame equally and all roads led back to her behavior and her issues.

We finally got to a marriage counselor that understood her issues—a Ph.D., a real one, like the high class, high level marriage counselor. We had a together meeting during one of my wife’s crises to initiate it. I talked to the counselor beforehand to give her a list of all of the medications and to describe the situation and she seemed to be very familiar with it. She’s been very helpful.

My spouse had an individual meeting with the marriage counselor for the second meeting. The third meeting was individual with me. That’s when she advised me to build an escape plan, because I confirmed that I was in an abusive relationship. My wife was not under control and it was worsening. I need to be able to take care of me and my kids should she really go off.

I have to maintain a relationship with my marriage counselor such that my wife doesn’t feel like she’s being biased. For example, my wife told me, “How come the counselor answers your emails but doesn’t answer mine?” I thought, “Because I send her emails asking specific questions and they are no more than six sentences long and you write six or seven paragraphs and at the end I don’t even know what in the heck asked, let alone what’s going on,” but I didn’t say that to her.

I wasn’t going to criticize her. Instead I sent a message to my counselor telling her that my wife felt that she was being biased and I asked the counselor to raise it for discussions if my wife didn’t say anything and she did.

She assured me that she can.

Another recommendation I have is even if your spouse is completely un-supportive and thinks it’s just talking and a waste of time, get your own support, get your own counselor who can give you guidance and help you with your resolve. You need someone you can confide in.

For anyone who’s struggling trying to decide if it’s time to end their marriage, I would recommend starting with individual counseling or coaching rather than marriage counseling. I think the individual sessions will help to get to the fundamental issues in your marriage and once these have been clearly identified, then you can move on to marriage counseling.

How effective has counseling been for you? Do you have any tips on choosing the right counselor?

What Others Are Saying …

Your program encourages me. I feel less overwhelmed just knowing it's available. Thank you! 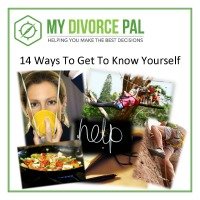 Who is Mandy Walker?

Hi, I’m Mandy Walker, founder of Since My Divorce, one of the top divorce support blogs in the country. I am also a contributor to the Huffington Post, Your Tango and DivorcedMoms.com. More.
Privacy Policy